From Gas To Electric Ovens; Which Rates The Best? 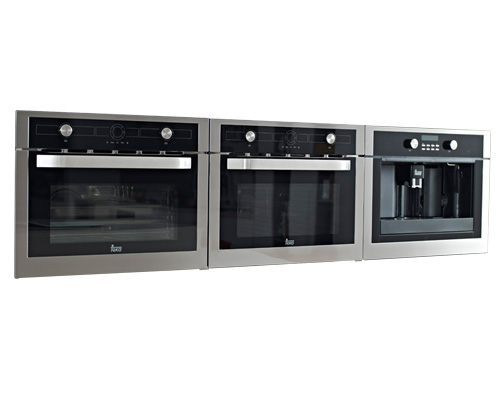 Everyone loves home-cooking. There is simply nothing else that can match the tastes and flavours of a freshly prepared meal. With cookery shows such as the Great British Bake Off and Master Chef now more popular than ever, many people across the UK are being inspired to try their own hand at cooking and baking. It is with this in mind, that we’ve decided to write our latest blog on the different types of home cookers available and the pro’s & cons of gas or electric ovens.

There is an age old debate among cooks as to which oven is better, either Gas or Electric ovens. Traditionalists often tend to favour gas ovens but is there really much difference between them?

There are actually pro’s and cons that come with both types of oven, however unless you’re a professional chef it is unlikely that these differences will make a huge amount of difference. Generally gas ovens tend to be slightly cheaper to run as gas is cheaper than electric, however gas ovens can also produce slightly uneven cooking results as the top of the oven tends to burn much hotter. One big benefit of an electric oven is that they often have an internal fan which distributes the heat evenly, giving you better cooking results.

If you do a lot of cooking on the hob, then a gas hob is probably a better option than an electric one as you have much more control over the heat. Electric hobs tend to have a fairly limited amount of heat settings whereas you have total control of the flame when using gas. Therefore if you’re deciding between a gas cooker and an electric one, your are better off opting for a duel fuel oven which gives you the best of both options. Both an electric oven and a gas hob.

Nowadays there is a third option when it comes to cookers. The much talked about steam oven, has gone on to become a staple in many professional kitchens and has several benefits over a traditional oven. Not only does food retain both colour and flavour better when steamed, it also retains more minerals, vitamins and nutrients. Steam ovens work by heating up a small reservoir of water that’s in built into the oven until steam fills the chamber. You can steam cook a whole range of different foods and and it is considered a much healthier form of cooking than traditional baking. The one main drawback that comes with a steam oven is that it doesn’t brown food when cooking, so you will need to switch between appliances. If you are able to afford it, you can however purchase duel electric/steam ovens that combine both a normal oven and a steamer making them a brilliant choice for health conscious cooks.

Mihaus provide a complete kitchen, bathroom and flooring solution for your home. Working throughout the UK our team has years of experience designing and installing Fife kitchens and Fife bathrooms.

You can find out more about which cookies we are using or switch them off in settings.

This website uses cookies so that we can provide you with the best user experience possible. Cookie information is stored in your browser and performs functions such as recognising you when you return to our website and helping our team to understand which sections of the website you find most interesting and useful.

We also use cookies and pixels to track what you do on the site. Some of those let us know what pages you visit, or which buttons you clicked, some let us retarget you on platforms such as Facebook or Google.

We do not hold any personally identifiable data on site visitors – we just make use of the hashed, anonymised data that these tools give us. The only data we’ll store is the information submitted through our contact form. You can read more about the detail below.

Strictly Necessary Cookie should be enabled at all times so that we can save your preferences for cookie settings.

If you disable this cookie, we will not be able to save your preferences. This means that every time you visit this website you will need to enable or disable cookies again.